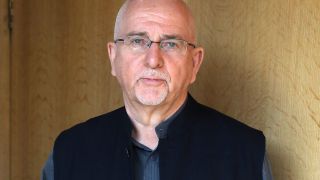 Last year a collection of Peter Gabriel’s songs that were either written for or appeared in films was released to mark Record Store Day 2019.

The album titled Rated PG launched a year ago as a limited edition picture disc – and it was the first time all Gabriel's movie tracks had been collected in one volume.

It’s now been announced that Rated PG will go on general release on June 12 on black vinyl and on CD.

Rated PG includes a total of 10 tracks including Taboo featuring Nusrat Fateh Ali Khan from Natural Born Killers, Nocturnal from Les Morsures de l’Aube, Down To Earth from Wall-E and Everybird from Birds Like Us.

Watch the video for Everybird below.

Speaking about the collection, Gabriel said:  “I have always loved film and any chance I have been offered to work with good film projects and good directors I have jumped at.

“This album is a mixture of songs that have been written for specific films, and existing songs that found an appropriate place in a story. Consequently, there is a mix of different styles and moods.”

Peter Gabriel: Rated PG
This collection marks the first time that all of Peter Gabriel's material used in films has appeared together in one place. Originally launched for Record Store Day 2019, it'll go on general release in June.View Deal

Peter Gabriel: Rated PG
1. That’ll Do - from Babe 2: Pig In The City
2. Down To Earth - from Wall-E
3. This Is Party Man - from Virtuosity
4. The Book Of Love - from Shall We Dance?
5. Taboo - from Natural Born Killers
6. Everybird - from Birds Like Us
7. Walk Through The Fire -  from Against All Odds
8. Speak (Bol) - from The Reluctant Fundamentalist
9. Nocturnal - from Les Morsures de l’Aube
10. In Your Eyes - from Say Anything