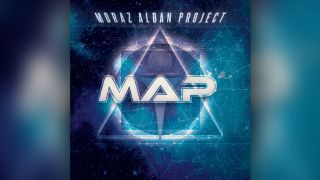 The former Yes and Moody Blues man partnered with longtime friend and drummer Greg Alban on the record, which is billed as ‘a collection of instrumental pieces that range in style and spirit of world-fusion, rock and jazz.’

Moraz says: “Some time ago, Greg asked me if I would like to start composing and arranging some music that he could play the drums on. He wanted to record a whole album together, and eventually, of course, release it.”

Alban adds: “Patrick and I have been very good friends for a long time and I’m still always being surprised by the depth of his knowledge – not just about music but everything! He’s a creative genius and I’m honored to be working with him.”

The album is on sale now via the MAP website.

Jazz In The Night