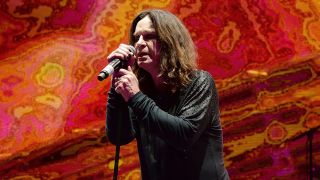 Ozzy Osbourne has announced that he’ll embark on a two-year farewell tour starting in Mexico in 2018.

The news comes just hours after The Prince Of Darkness was confirmed as the first headliner for next year’s Download festival.

Ozzy says in a statement: “People keep asking me when I’m retiring. This will be my final world tour, but I can’t say I won’t do some shows here and there.”

The tour will kick off in 2018 with a show in Mexico, before Ozzy plays further dates across South America. He’ll then embark on a six-week tour of Russia and Europe, which will get under way on June 1, 2018, in Moscow. He’ll then undertake a North American tour.

Some dates have already been revealed, with further shows to be added in due course. Find a list below.