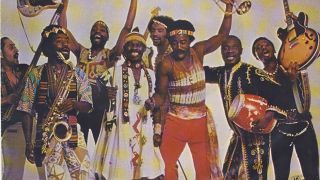 Osibisa will release The Boyhood Sessions through Red Steel Music on October 2. The set includes music that was "carefully curated tracks were originally considered for the soundtrack to the universally acclaimed Oscar-winning Richard Linklater film: Boyhood." The album will be preceded on 7 August by the single Feel Good.

The Ghanian band's 1975 hit Sunshine Day, which originally featured on their Welcome Home album, eventually featured in the film. Boyhood was Dazed And Confused director Linklater's Oscar and Bafta-winning coming-of-age film of 2014 that the director filmed in real-time over a period 2001 to 2013.

As well as Sunshine Day, The Boyhood Sessions features rare recordings, remixes and live tracks, some of which have never been released before - including a new work in progress - and all drawn from Osibisa’s deep well of Afro-Rock recordings.

Osibisa are currently recording new material for future release as well as working on a retrospective box set .