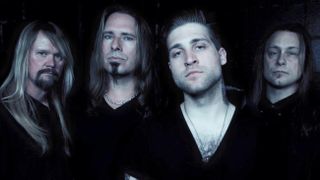 A member of a band who had opened for Lynch Mob later suffered a fatal heart attack while watching the headline act.

Guitarist Jeff Windisch has played a set with his band Emperors And Elephants at Neisen’s Sports Bar & Grill in Savage, Minnesota, on Saturday night before Lynch Mob took to the stage.

As he watched Lynch Mob’s set from the crowd, he suffered a heart attack and could not be resuscitated. Lynch Mob cut their performance short after learning Windisch was in trouble.

“Jeff died of cardiac arrest during our set. They opened the show for us and kicked ass. As soon as we were alerted to the situation, we stopped playing, as the crowd and band stood in disbelief as they tried to save him.

“We felt it was best to stop the show at that point. Please keep his family in your prayers.”

Lynch Mob drummer D’Anda adds: “The band didn’t feel it was appropriate to continue the show, so we stopped out of respect for Jeff. The band sends their thoughts and prayers to Jeff and his family and we kindly ask you do the same.”

Emperors And Elephants released their debut album Devil In The Lake in 2014.