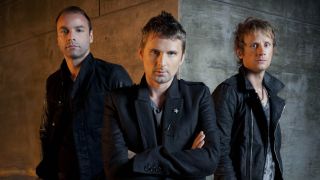 Muse frontman Matt Bellamy has revealed more about the theme of upcoming album Drones – and warned about the dangers of carrying out military attacks by remote control.

The band’s seventh record is released on June 8, before their headline appearance at the Download festival on June 12-14.

He’s previously explained that the follow-up to The 2nd Law explores a “world run by drones, utilising drones to turn us all into drones.”

Now Bellamy tells the BBC: “Through modern technology, and drone warfare in particular, it’s possible to do horrific things at a great distance – without actually feeling any of the consequences, or even feeling responsible.

“The next step in drones is going to be autonomous drones, which actually make ‘kill’ decisions themselves, with no humans involved.”

He adds that the album can be thought of as “a modern metaphor for what it is to lose empathy.”

Muse released a lyric video for their track Dead Inside earlier this week.