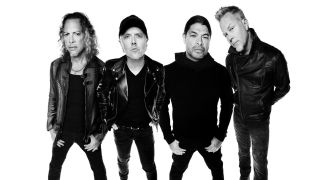 The vocalist and guitarist admits there are certain tweaks he’d like to make to their back catalogue – but it’s not something he thinks will ever happen.

He tells Red Bulletin: “There are things I would like to change on some of the records – but it gives them so much character that you can’t change them.

“I find it a little frustrating when bands re-record classic albums with pretty much the same songs and have it replace the original. It erases that piece of history.

“These records are a product of a certain time in life – they’re snapshots of history and they’re part of our story.”

Metallica recently praised Lady Gaga, who joined them onstage at the Grammy Awards for a performance of Moth Into Flame, with drummer Lars Ulrich calling her the “quintessential perfect fifth member of this band.”

Metallica are currently gearing up for a run of South American dates in support of 10th album Hardwired… To Self-Destruct. They’ll then head out on the road across North America from May.