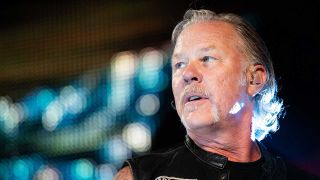 Metallica singer James Hetfield has gone into rehab. The news was confirmed in a statement on the band's website by Lars Ulrich, Kirk Hammett and Robert Trujillo.

The statement read, "We are truly sorry to inform our fans and friends that we must postpone our upcoming tour of Australia and New Zealand.

"As most of you probably know, our brother James has been struggling with addiction on and off for many years. He has now, unfortunately, had to re-enter a treatment program to work on his recovery again.

"We fully intend to make our way to your part of the world as soon as health and schedule permit. We’ll let you know as soon as we can. Once again, we are devastated that we have inconvenienced so many of you, especially our most loyal fans who often travel great distances to experience our shows.

"We appreciate your understanding and support for James and, as always, than you for being a part of our Metallica family."

All tickets purchased for the Antipodean shows will be fully refunded, with details on how to obtain refunds on the band's website.

Hetfield's battles with addiction were documented in the 2004 movie Some Kind Of Monster, and he entered rehab after the film was released.

Asked in 2014 if the film was difficult to watch, Hetfield said, "A lot of times I’m not really comfortable with myself, seeing myself in the situations. But, man, I learned a lot about what I don’t like about me, which was good – and I think everyone involved pretty much felt the same way about themselves."

At the time of writing, Metallica's other future plans are still on schedule, including a charity concert in March 2020 to raise money for the band's All Within My Hands Foundation, a series of South American dates in April, and the Global Goal Live show in September.