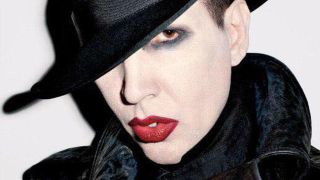 Marilyn Manson has made another track from his upcoming new album available to stream.

Cupid Carries A Gun is taken from the album The Pale Emperor, which is released on January 19 via Cooking Vinyl.

Meanwhile, the shock rocker has revealed some of his stranger bedroom habits, including that he prefers to keep his underwear on during sex.

He tells Rolling Stone: “I’m just really shy, despite what you’d imagine. I have a phobia that the house is going to catch fire, and I don’t want to be naked.”