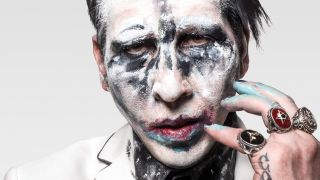 Marilyn Manson has tweeted in response to the death of infamous criminal and cult leader Charles Manson.

Following the new of Charles Manson’s death, Marilyn posted a tweet which included his cover of Sick City – originally released on Charles Manson’s 1970 album Lie: The Love and Terror Cult. The video was accompanied by a colourised version of the Lie album cover, a parody of Life magazine featuring Charles’ face.

Back in 2012, Charles Manson wrote a letter to Marilyn Manson from prison, although Marilyn did not respond.