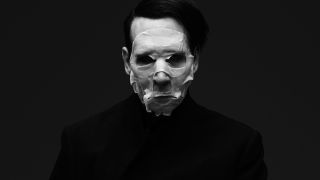 The Double M himself has just unleashed another cut from his upcoming album The Pale Emperor.

Available to pre-order now, Marilyn Manson’s ninth studio album The Pale Emperor is in stores from 19th January 2015 via Cooking Vinyl. Ahead of release he’s just unveiled the track Deep Six – listen below.

The follow-up to Born Villain is available in standard and deluxe formats – tracklisting below: