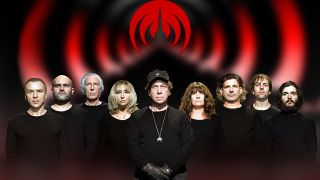 Magma have confirmed that they’ll release their album Zëss next month.

It’ll launch on June 28 via Seventh Records and will come with a 40-page deluxe CD book which will include all the lyrics from the record.

Now Magma have decided to complete the project and release a studio version with an orchestra.

Vocalist and producer Stella Vander Linon says: “It was the right time for us, and our audience wanted it too. We wanted to make a beautiful studio version – different from the live versions and closer to the original vision for the song."

“If feels like nothing has ever existed nor will it ever exist again – all forms of consciousness have vanished.”

Magma have also released a mini-documentary about the making of Zëss, which can be watched below.

Zëss is now available to pre-order exclusively through the Seventh Records website.