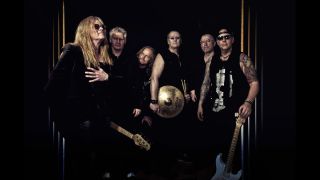 Magic Pie have premiered their video for Trick Of The Trade with Prog.

It’s taken from the Norwegian band’s fourth album King For A Day, set for release on May 25 via Karisma Records.

The promo was put together by frontman Kim Stenberg, who decided to do it himself after discussions with external video firms came to nothing.

Stenberg tells Prog: “I had to learn everything along the way. It demanded hours of work – luckily we’d chosen one of our shorter songs!”

King For A Day is available for pre-order now. It’s to be followed by Karisma releases of Magic Pie’s first three titles, Motions Of Desire (2005), Circus Of Life (2007) and The Suffering (2011).