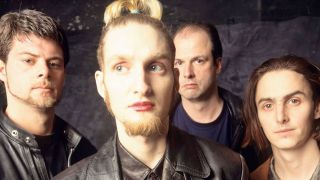 A post on Pearl Jam’s Facebook page teases fans with the news that the band’s performance at the fourth annual Sonic Evolution show, held by the Seattle Symphony Orchestra on January 30, will see Mike McCready, Barrett Martin, Duff McKagan and singer Chris Cornell joined by the special guests.

The sold-out show will be a celebration of Seattle’s grunge heritage and will see Mad Season’s surviving members McCready, of Pearl Jam and Martin, of The Screaming Trees, play songs from the group’s sole album, 1995’s Above.

Pearl Jam’s post reads: “This just in: Three additional special guests will join the bill for the Seattle Symphony Sonic Evolution event on Jan 30. Who do you think they will be?”

Mad Season were originally active from 1994 until 1999. Their career was brought to an end with the death of bassist John Baker Saunders, followed by the passing of frontman Layne Staley, of Alice In Chains fame.