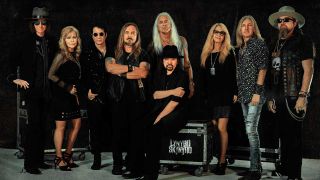 Lynyrd Skynyrd have released a new song, Last Of The Street Survivors.

The band announced the news on social media, saying, "As promised, here’s a little gift from our Skynyrd family to yours – a new song entitled Last of the Street Survivors. You can stream and download it for free for a week."

Organisers say: “With over 50 years in the music business, they have been through tragedy and all that rock’n’roll could throw at them and have always come out on top.

“This is part of their farewell tour and it just maybe your last chance to catch them live.”

Other bands lined up for Ramblin' Man include Clutch, Hawkwind, Big Big Train,  Phil Campbell And The Bastard Sons and Monster Truck. Tickets are on sale now.