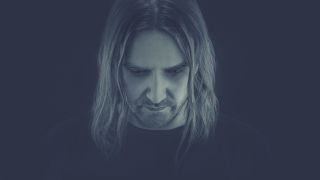 Riverside’s Mariusz Duda has launched an exclusive stream of his Lunatic Soul album Walking On A Flashlight Beam via Prog.

And he’s admitted the fourth release under his alter-ego was one of his greatest challenges to date.

Duda tells Prog: “I thought I would never finish the album. I didn’t have a coherent idea and I didn’t want to copy myself. I started to panic. Everything seemed irrelevant and insignificant – there was no depth; the tracks sounded like rejects from previous albums.”

He eventually concluded he wouldn’t be able to complete the work this year. “I locked myself at home, closed the blinds and switched on my bedside lamp,” he recalls. “I looked at my collection of music, films and books and started to watch and read.

“Then it dawned on me. I took the guitar and started to write. The theme was inspired by the life of some artists who escape reality and choose seclusion in order to create. It’s probably my most mature album to date – it’s also the most diverse and at the same time the most coherent.”

Walking On A Flashlight Beam is released on October 13 via Kscope.