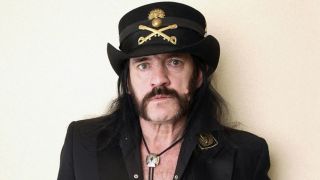 A solo album by late Motorhead icon Lemmy should be out later this year, according to its producer Jim Voxx.

The Skew Siskin guitarist had been working with Lemmy on the long-term project – and he reports that everything is in place for a 2017 release.

Voxx tells Metal Talk: “We are in the very last stages of the Lemmy solo album.

“I still don’t know when it will be released because this is in the hands of the Motorhead management and it took a while. Lemmy had so many things left – there are so many other recordings and they all had to sort out how to proceed.

“There is no real time rush to release this album so I can imagine it will be towards the end of this year.”

Voxx reports that he began working with Lemmy in 2003, with the pair hooking up in Berlin between Motorhead’s live commitments.

Voxx adds: “Lemmy also recorded some tracks in America with Dave Grohl or Reverend Horton Heat and in London he was working with The Damned. All these tracks came to me in Berlin.

“We started out with two Skew Siskin songs. It was the total opposite of working with Motorhead because he had to do it in his free time between the Motorhead work.

“But I gave him the possibility to come here and work in the studio whenever he needed and step-by-step we got the songs together. We have 10 songs, and we thought it would have been released a long time ago but when Lemmy got ill, we stopped working on it but the recordings were all done.”

Motorhead’s official Facebook page also posted news of the solo album with the caption: “Exciting things in the works.”

Lemmy died in December 2015 just days after being diagnosed with cancer. He was 70.

Last week, former Motorhead drummer Mikkey Dee visited Lemmy’s statue at The Rainbow Bar And Grill in Hollywood for the first time. The life-size sculpture by artist Travis Moore was unveiled in August last year and was commissioned after fans and friends contributed to a fundraising campaign.

Hitting My Head Against The Wall: Lemmy & Motörhead; The Early Years review