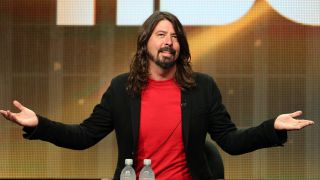 A would-be Labour party member has been refused membership of the UK political organisation after she posted on Facebook: “I fucking love the Foo Fighters.”

Catherine Starr, 33, received a letter from the Labour party’s General Secretary Iain McNicol telling her she was being refused full membership following a vetting procedure. The official reason for her suspension is that she “shared inappropriate content on Facebook on March 5.”

Ms Starr tells the Daily Mail that on Facebook that day she shared a link to a Foo Fighters video along with the caption: “I fucking love the Foo Fighters.” She also posted about cosmetics and a pro vegan meme.

Ms Starr recently signed up to join Labour as she wanted to support the party’s leader Jeremy Corbyn in the ongoing leadership election which is due to conclude on September 24. The denial of her application for membership means she cannot vote in the election.

She believes the decision by Labour’s National Executive Committee (NEC) to deny her a full membership may be part of a plot to prevent new members re-electing left winger Corbyn over challenger Owen Smith.

Ms Starr says: “I was totally confused so I looked back to see what posts I had shared on March 5. I shared a Foo Fighters video, a picture of a poster listing cruelty free cosmetics brands and I shared a joke from a a vegan comic book. I had also made a comment on a friends’ post which was inoffensive.

“I have heard about the NEC kicking people out for posting things they don’t like. I find it bizarre they have enough time on their hands to try to vet things like this at all, but I don’t go in for intimidating people or shouting them down anyway.

“I’m not a confrontational or aggressive person. The NEC seem to have adopted an over-zealous vetting policy which may be aimed at stopping news members voting for Jeremy Corbyn.”

A spokeswoman for Labour tells TeamRock: “We don’t comment on NEC decisions regarding individual members, but suggest in this case that the individual contact the appeals team for further clarification.”