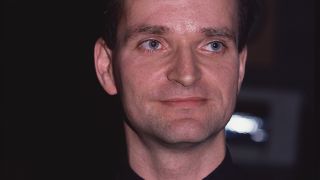 Kraftwerk co-founder and electro-pop pioneer Florian Schneider has died aged 73. The band confirmed via a statement that he had died following "a short cancer disease".

The statement said: "Ralf Hütter has sent us the very sad news that his friend and companion over many decades Florian Schneider has passed away from a short cancer disease just a few days after his 73rd birthday.

"In the year 1968 Ralf Hütter and Florian Schneider started their artistic and musical collaboration. In 1970 they founded their electronic Kling Klang studio in Düsseldorf and started the multi-media project Kraftwerk. All the Kraftwerk catalogue albums were conceived and produced there."

Schneider formed Kraftwerk with Ralf Hütter in 1970, where he remained a member until leaving the band in 2008. In Schneider and Hütter's partnership, Kraftwerk found its creative driving force, writing and producing their best known works – including 1974's Autobahn, 1977's Trans-Europe Express and 1978's The Man-Machine – together.

The influence Kraftwerk have had on modern music has been great, informing everything from pop to techno as well as rock and metal acts including David Bowie, Nine Inch Nails and HIM.

The music world has been quick to pay tribute. "What a week," said Pink Floyd and Radiohead producer Nigel Godrich. "Now the great Florian Schneider... feeling an era pass."

"The mighty Florian Schneider has left this earth," said Garbage in a Tweet. "2020 is really just the worst thus far."

The mighty Florian Schneider has left this earth. 2020 is really just the worst thus far. #KraftwerkMay 6, 2020

To say he was massively influential and changed the very sound of music, is somehow still a understatement. RIP, Florian Schneider, founder member of Kraftwerk. https://t.co/YAeV9VMlERMay 6, 2020

what would electronic music be without Kraftwerk? R.I.P Florian Schneider-EslebenMay 6, 2020

The Future, The Human League, B.E.F. and Heaven 17 would never have existed without Florian Schneider and KraftwerkMay 6, 2020

We are absolutely devastated to learn that one of our heroes Florian Schneider has passed away. pic.twitter.com/Y2dnYfxkj8May 6, 2020