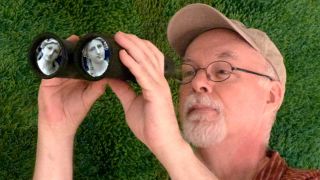 Watkins, who rose to prominence as a member of US prog rockers Happy The Man in 1974. He joined Camel in 1979, appearing on the band's I Can See Your House From Here album and remaining in the band for the Nude and The Single Factor tours.

Watkins released his first solo album, Labyrinth, in 1980, and has continued to work in the progressive, jazz and ambient fields ever since. He is joined on Field Of View by drummers Forrest Young and Bill Smith and guitarist Greg Moreau.

Watkins describes his latest work as "an accessible yet deeply hypnotic musical adventure for listeners."