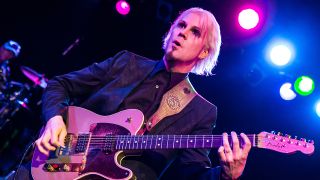 John 5 And The Creatures have released their new album, Invasion.

Released today via the 60 Cycle Hum Records label, Invasion is available to order now on various physical and digital formats.

Featuring the previously-released singles Zoinks!, I Am John 5 and Midnight Mass, the album was produced and mixed by Barry Pointer at Riot House Studio.

John 5 has released another single from the album in the shape of I Want It All to mark the album's release. You can check the video out below.

On the album's release, John 5 says: "I'm super excited for this record to finally come out, for fans to see the new video, I Want It All, and to announce a new tour to follow in the fall very soon!

"I want to thank all of our fans for all of their support!"

You can hear Invasion in full below.