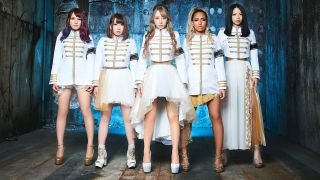 Japanese outfit Lovebites have launched a video for their brand new single titled When Destinies Align.

The 4K promo is the first taste of music from their upcoming studio album Electric Pentagram, which will arrive on January 31 through JPU Records.

Speaking about the record title, bassist Miho says: “Lovebites is an electric pentagram. A pentagram is a five-pointed star consisting of five lines. It’s been an emblem that’s adorned amulets and talismans since ancient times as a symbol of protection.

“That’s why we felt Electric Pentagram is the perfect title for this album. We are five points brought together to protect heavy metal.”