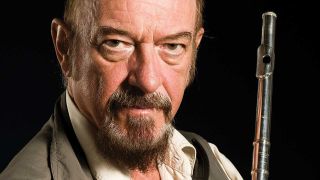 Jethro Tull's Ian Anderson has joined forces with legendary vocalist Terry Reid on a new version of Badfinger's Day After Day, The pair, with Reid on vocals and Anderson supplying flute, are backed by the Manchester String Quartet. You can listen to a stream of the new version below.

“Like many of my contemporaries, I remember ‘The New Beatles,' as Badfinger were unfortunately dubbed by the UK press," says Anderson. "Great songwriting and production by George Harrison. [This version is] brought to life here by the Manchester String Quartet, alumnis of the Northern Royal College Of Music. I tried to find a few harmonies and simple counterpoints to interject into their splendid performance. For me, an elegant and nostalgic experience.”

“It was great to go back and listen to this song again and get to play guitar on it as I’ve always loved the band and this song," adds Reid. "I got to hang out with Joey back in the day and he’s a really great guy and a fine musician. Playing on this song brought back some great memories of a musical era that will never be forgotten by me and many others.”

Day After Day, written by the late Badfinger singer and guitarist Pete Ham, featured on the band's 1972 album Straight Up, which was released on the Beatles' Apple label and produced by George Harrison. As a single it reached number 10 in the UK charts.