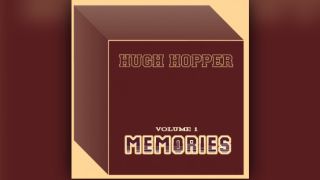 Dedicated To Hugh will be launched over the coming months via Gonzo Multimedia – and the first title, Volume 1: Memories is on sale now.

Bassist and songwriter Hopper, who started out with the Daevid Allen Trio then co-founded the Wilde Flowers before joining Soft Machine, died in 2009 from cancer, leaving a large archive of recordings. They’ve been curated by scholar Michael King and profits from the releases will go to Hopper’s family.

The label say: “These concert and studio recordings focus on Hugh’s compositions as performed by groups under his leadership. His music is a wonder to behold; he was a player of high distinction with trademark sound by turns gritty and gorgeous. This superb series, celebrating his musical legacy, is for fans, friends and first-time discovers.”

Volume 10: Was A Friend – various rare tracks, concluding with his final musical performance, 2008