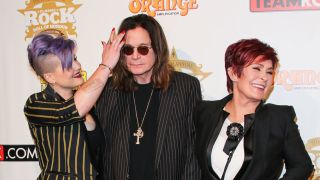 And the three-hour special will also be broadcast at 5pm today on TeamRock Radio.

It features all the news and behind-the-scenes action from the event, which was held outside of London for the first time ever in celebration of its 10th anniversary.

Gregg Allman, The Doors, Metallica and Queen led the winners at the Classic Rock Roll Of Honour presented by Orange Amplification.

The gala event was held at The Avalon in Hollywood, Los Angeles, hosted by Hagar, with assistance from Billy Gibbons, Scott Ian, Rollins and Monty Python icon Eric Idle.

Presentations took place after live performances by Scott Weiland and the Wildabouts and Rival Sons, with California Breed playing at the interval and supergroup Kings Of Chaos – including Hagar, Gibbons, Joe Elliott and Glenn Hughes – closing the evening.