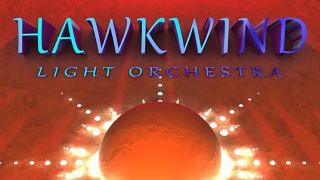 Recorded during lockdown, the album title is an anagram of 'coronavirus', Carnivorous began life as a Dave Brock solo album in the winter of 2019, before Hawkwind drummer Richard Chadwick and guitarist and keyboard player Magnus Martin added further contributions.

"Carnivorous is an album that by design had to be recorded without a full complement of Hawkwind members in their usual style," the band state. "However, it is a testament to the contributing members’ proficiency to end up with an album that bears all the hallmarks of classic Hawkwind while recorded under such testing circumstances."

Carnivorous will be released on CD and double vinyl.