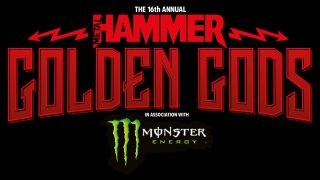 The biggest and best names in metal have been honoured at the Metal Hammer Golden Gods, in association with Monster Energy.

The 16th annual event was hosted by Hatebreed frontman Jamey Jasta and saw Carpenter Brut, Myrkur, Meshuggah, Baroness and Parkway Drive play in front of a jam-packed Indigo at the O2 in London.

"That is how you throw a party," says Metal Hammer Editor Merlin Alderslade. "We continue to be blown away by the amazing support shown to Metal Hammer, and nights like tonight really ram home just how great our community is. Thank you to everyone for making the 2018 Golden Gods the best ever. Same again next year?"

The biggest gong of the night, the Golden God award, was presented to Ozzy Osbourne. Speaking prior to the event, the Prince Of Darkness said, "What an immense honour it is to be getting a second Golden God Award after Sabbath picked one up last year."

"The fans who have supported me and this music mean everything to me, which is why getting this award is so special. I will see you all down there."

The full list of Golden Gods winners can be seen below.