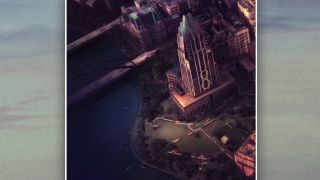 The song features a cameo from Texas bluesman Gary Clark Jr, and was recorded at KLRU-TV Studio 6A in Austin.

You can hear Something From Nothing, the opening track from Sonic Highways, recorded in Chicago, here.

Check out The Feast And The Famine, the second song on the album, recorded in Washington DC, here. And you can hear Congregation, the album’s country-tinged third song, recorded in Nashville, here. Sonic Highways will be released in the UK on November 10.