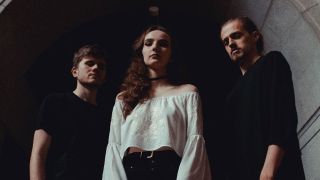 The band, nominated in both the Limelight and Vide categories for this year's Progressive Music Awards, will release a new single, The River, on the label on October 2, followed by their debut EP later in the year.

"We are so excited to be signing with Long Branch Records," drummer Matt Harrison told Prog. "We're extremely proud to be working with a label that is home to some of our favourite bands, and feel our music couldn't be in better hands."

"Exploring Birdsong are undoubtedly one of the most interesting new bands in the British progressive music scene," adds Long Brand Records label manager Manuel Schönfeld. 'We're super excited about the signing and are looking forward to a successful partnership."

You can watch Exploring Birdsong's Award-nominated video for The Baptism, created by Emmett Elvin below.