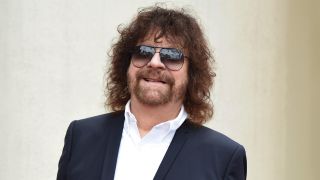 ELO will perform in the traditional ‘legends’ slot at this year’s Glastonbury Festival.

The band will follow the likes of Dolly Parton, Kenny Rogers and Lionel Richie at the iconic music event when they take to the Pyramid stage on June 26 for the teatime slot.

ELO released their 14th record in November after Lynne reactivated the name, following a run of successful standalone reunion activities in 2014.The band are set to play a run of sold-out arena shows in the UK this April.