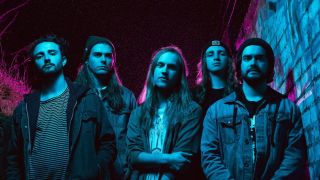 Australian prog rockers Ebonivory will support fellow proggers Caligula's Horse on their forthcoming US tour in May. To celebrate the band have released a playthrough video of their song Persist, which you can watch below.

“Persist is one of the most nostalgic Ebonivory songs for us to play, as it was originally composed for our high-school metalcore band, Persist, Prevail," guitarist Louis Edwards tells Prog. "As with all Ebonivory tunes, Persist maintains the technical aspects of “prog” and filters them into a song that is enjoyable for musicians and casual listeners alike."

Ebonivory will release their debut album this spring and plan to tour the UK/Europe later in 2020. In the meantime, their Caligula's Horse support dates are: