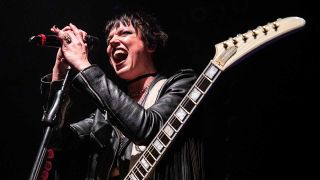 The organisers of this year's Download Festival have added another raft of bands to the bill.

In October, organisers announced that Def Leppard, Slipknot and Tool would headline the 2019 event, while artists including Slash Featuring Myles Kennedy and The Conspirators, Whitesnake, Rob Zombie, Trivium and Amon Amarth were also confirmed.

For ticket details and further information, check out or Download 2019 hub page, while the latest lineup poster can be seen below