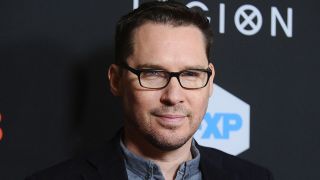 The news comes after The Hollywood Reporter said that Singer and lead actor Rami Malek had clashed and that the director had failed to show up on set on several occasions.

Twentieth Century Fox have confirmed Singer’s departure, with a source telling the BBC that it was down to Singer’s “pattern of unreliable behaviour on the set.”

However, Singer disputes this, reporting that he was sacked while he was ill.

Singer says in statement sent to the BBC through his lawyer: “With fewer than three weeks to shoot remaining, I asked Fox for some time off so I could return to the US to deal with pressing health matters concerning one of my parents.

“This was a very taxing experience, which ultimately took a serious toll on my own health. Unfortunately, the studio was unwilling to accommodate me and terminated my services. This was not my decision and it was beyond my control.”

Singer also disputes the reports about clashes with Malek, and adds: “While, at times, we did have creative differences on set, Rami and I successfully put those differences behind us and continued to work on the film together until just prior to Thanksgiving.”

Despite Singer’s dismissal, Bohemian Rhapsody is still expected to be released in December next year.

Mr Robot star Malek was brought onboard to play the iconic Queen frontman in November 2016 following the acrimonious departure of Sacha Baron Cohen.

The film was first announced back in 2010.

Freddie Mercury: the Hendrix-obsessed teenager who became a megastar

What Freddie Mercury Was Really Like: An Insider’s Story