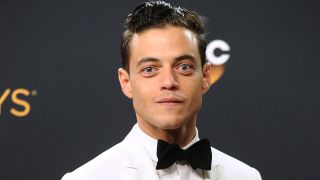 Malek, who this year won an Emmy for his role as neurotic hacker Elliot Alderson in Mr Robot, has signed on to play the iconic Queen frontman in the film – with X-Men director Bryan Singer in talks to direct.

The project, which has been in development for eight years, is to begin shooting in early 2017.

Sacha Baron Cohen was previously attached to the role – but left the project acrimoniously earlier this year amid reports of artistic differences. He later claimed an unnamed member of Queen wanted the film to focus on the band’s legacy following the singer’s death.

He said: “A member of the band – I won’t say who – said, ‘You know, this is such a great movie because it’s got such an amazing thing that happens in the middle.’

“And I go, ‘What happens in the middle of the movie?’ He goes, ‘You know, Freddie dies.’

“I say, ‘What happens in the second half of the movie?’ He says, ‘We see how the band carries on from strength-to-strength.’”

He adds: “Listen, not one person is going to see a movie where the lead character dies from Aids and then you see how the band carries on.”

Guitarist Brian May later hit back at Sacha’s “untruths”, saying that he “became an arse” to work with and wasn’t right for the job. He then added that they hoped London Spy actor Ben Whishaw would be a better fit for the role.

Further release details for the film will be available in due course.

Queen recently released their live performance of My Fairy King on their first-ever radio session in 1973 with BBC’s John Peel.