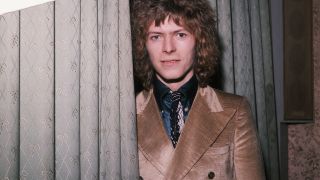 A new vinyl pressing of David Bowie’s Space Oddity is to be released this summer through Parlophone.

It’ll be presented as a double 7-inch single box set on July 10 to mark the song’s 50th anniversary, and will feature brand new remixes by Bowie’s longtime producer Tony Visconti.

Along with the double 7-inch vinyl set, the package will also include a double-sided poster featuring an original Space Oddity press ad, and a Ray Stevenson shot of Bowie taken at the London Palladium on November 30, 1969.

In addition, the box set will also feature an info card and a print with an alternative shot taken by Jojanneke Claassen from the Space Oddity promo single cover session.

A digital version of the 2019 remix of Space Oddity will also launch on the same day.