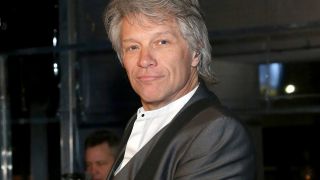 Bon Jovi’s most recent studio album might be called This House Is Not For Sale – but for frontman Jon Bon Jovi, the title couldn’t be further from the truth.

The Real Deal report that the vocalist’s “French-inspired chateau” which is situated on a 15-acre site designed by New York-based architect Robert AM Stern in Monmouth County, New Jersey, has hit the market.

The 18,000 sq ft home contains six bedrooms, seven bathrooms, has a heated outdoor swimming pools and a garage with room for three cars.

The property, which was built in 1999, also boats a private pub called The Shoe Inn, a renovated stable with its own recording studio, a movie theatre, a lift and its own dock and boat lift on the Navesink River.

The price? A cool $20 million, according to Christie’s International Real Estate.

Bon Jovi recently wrapped up a European tour and have a handful of other shows planned over the coming months.

Jon will also set sail with 2500 fans from Barcelona on August 26 on the Runaway To Paradise music cruise, where he be joined by artists including Johnny Rzeznik of Goo Goo Dolls, Kris Barras Band, Antonio Rivas and Bon Jovi tribute band Slippery When Wet.

Earlier this year, Jon was awarded an honorary Doctor Of Music degree by the University of Pennsylvania.