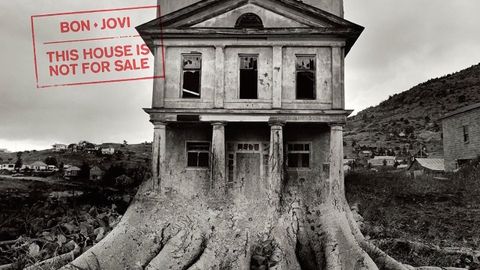 Richie Sambora has ridden off into the sunset and their live shows these days resemble a middle-aged hen party, but Bon Jovi are keeping their radio rock dreams alive with album number 13.

Approaching a Bon Jovi album and expecting it not to be slathered in cheese is like asking Domino’s to lay off the mozzarella, so it should come as no surprise that This House Is Not For Sale is crammed with Bud Light anthems squarely aimed at soundtracking the leaving montages on reality TV contests. But surely that’s always been their charm – the unashamed appropriation of mainstream pop married to all-American everyman lyrics like Labor Of Love’s ‘If love is a fire, I’ll go down in those flames.’

This House Is Not For Sale is no masterpiece, and while the punchy title track sonically nods to their heyday, most of it is made up of by-numbers pop. But at this stage in their career, these old dogs don’t need new tricks.