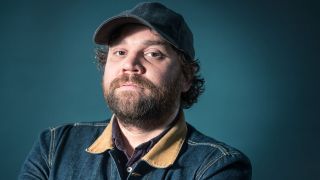 Update: Police have confirmed to the BBC that the body found at Port Edgar close to South Queensferry last night is that of Scott Hutchison.

The BBC report that Police Scotland made the discovery at 8.30pm last night at Port Edgar close to South Queensferry.

A formal identification has yet to take place, but Hutchison’s family have been informed.

The 36-year-old was last seen leaving the Dakota Hotel in South Queensferry at 1am on Wednesday, with his family reporting him missing later that morning.

His Frightened Rabbit bandmates have since appealed for information across social media, with fans sharing their posts on Twitter and Facebook.

The band said: “We are worried about Scott, who has been missing for a little while now. He may be in a fragile state and may not be making the best decisions for himself right now."

Hutchison formed Frightened Rabbit in Selkirk, Scotland, in 2003. They released their first album Sing The Greys in 2006, with their latest record Painting Of A Panic Attack arriving in 2016.