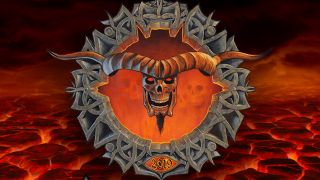 Bloodstock organisers have revealed another six bands who will play at this year’s festival.

Bloodstock will take place at Catton Park, Derbyshire, in the UK, on August 8-11, with Sabaton, Scorpions and Parkway Drive headlining this year.

Today it’s been confirmed that the bill has been bolstered by the addition of Xentrix, Karybdis, Control The Storm, Helheim, Guardians Of Time and Odd Crew.

Xentrix will play on the Ronnie James Dio main stage on the Friday, while Karybdis and Control The Storm – who won the annual Metal 2 The Masses competition back in 2012 – will take to the Sophie Lancaster Stage the same day.

Helheim, Guardians Of Time and Odd Crew will all play The Sophie Stage on the Saturday.

It's also been confirmed that Bloodstock day tickets will go on sale on May 30.

Meanwhile, the Metal 2 The Masses Grand Finals are still taking place across the UK and Ireland, giving bands the chance to appear at the festival.

Fans attending will also be in with a chance of winning a pair of weekend tickets by taking a snap at one of the events and posting it to social media using the hashtags #M2TMFinals2019 and #BloodstockFestival.

Some of the other bands playing at this year’s Bloodstock include Anthrax, Soulfly, Dimmu Borgir, Children Of Bodom, Tesseract, Dee Snider, Queensryche, Cradle Of Filth, Code Orange, Cancer Bats and Raging Speedhorn.

As reported last week, Bloodstock have announced further steps to make this year’s the greenest ever thanks to a range of new initiatives.