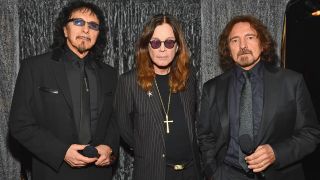 Black Sabbath have called off plans to play their farewell show in Japan, they’ve announced.

But no reason has been given for the cancellation of their planned headline set at Ozzfest in November.

A Facebook update, posted this morning, says: “Despite previous reports, Black Sabbath will not appear on this year’s Ozzfest Japan. The show will instead feature the festival’s namesake, Ozzy Osbourne (and friends).”

In 2012 Ozzy and friends took over a run of Sabbath shows after guitarist Tony Iommi’s cancer treatment forced him to pull out. The singer recently cancelled a show in Mexico to undergo surgery for an unspecified condition.

Sabbath are expected to release their final album later this year.