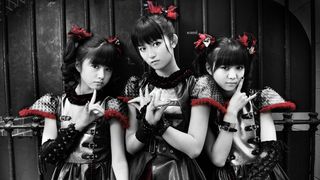 Babymetal made their US TV debut this week, performing live on The Late Show with Stephen Colbert.

The Japanese band played their song Gimme Chocolate, from their self-titled debut album, on the CBS show.