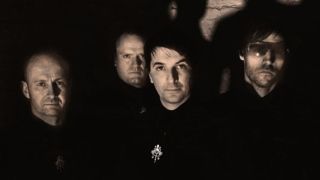 UK rockers Amplifier have released a lyric video for their track The Meaning Of If.

It’s taken from their 5th album Mystoria which was launched by the band’s new label Superball Music earlier this year.

Guitarist Sel Balamir says: “This song is proving to be a live favourite already. It’s heavy and groovy – that’s what Amplifier are all about.”

It’s the second album track to be released, following the launch of Open Up in August.

The band are currently on tour across Europe and will stop off for two UK dates in November. They’ll play Manchester’s Ritz on November 15 and London’s Forum on November 16.

Mystoria is available to buy on CD and vinyl formats.