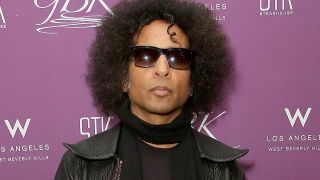 Alice In Chains frontman William DuVall has announced that he’ll tour next year, with dates in the UK, Europe and Russia confirmed.

He’ll play throughout March and April in support of his new solo album One Alone, which was released earlier this month through DVL Recordings.

The album is described as “a smouldering, all-acoustic affair” and “as sparse and intimate as it gets – part late-night confessional, part living room concert.”

DuVall adds: “I felt the need to peel everything back. This album is strictly one voice, one guitar. It reveals the very core of who I am as a singer, guitarist, and songwriter.”

DuVall is currently preparing for his upcoming US tour, which will kick off in Atlanta on October 21.

Meanwhile, his Alice In Chains bandmate Jerry Cantrell has announced that he’ll play a solo show at The Pico Union Project in Los Angeles on December 7, where he says he’ll be joined by “some cool friends performing songs you might expect, others I haven’t played in quite a while and maybe even one or two that I never have.”

And, in other Alice In Chains news, it’s been revealed that the band have teamed up with FEW Spirits and their master distiller Paul Hletko for a limited edition bourbon titled All Secrets Known – named after their 2009 track.

The bourbon, which will be available in select US states, has been finished in tequila barrels for six months, which has resulted in a drink that is described as having “bold, sweet, and spicy bourbon top notes” accentuated by “grassy agave undertones.”

Hletko says: “There are no two spirits that have a closer association with rock'n'roll than whiskey and tequila. Bringing together elements of both, but in an unconventional, innovative way, is an illustration of what we try to do every time we distill a new product.”

FEW previously collaborated with The Flaming Lips on the Brainville rye whiskey.

I’d like to invite you to join me for a special show I’m doing on Dec 7th at the Pico Union Project in LA. I will be accompanied by some cool friends performing songs you might expect, others I haven’t played in quite a while and maybe even one or two that I never have. Should be a lot of fun, hope to see you there. Tix on sale Friday at 10AM. JC 🤘🏻📷@inautonomy Jerry Cantrell