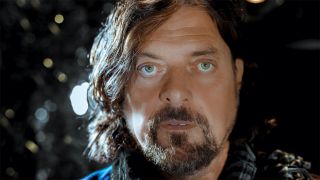 The song has been taken from Parsons’ upcoming studio album The Secret which is set to arrive on April 26 via Frontiers Music srl.

Sometimes follows Miracle featuring Jason Mraz, and I Can’t Get There From Here which Jared Mahone guested on.

The Secret will see Parsons’ return to his pop rock sound with “symphonic and progressive rock interludes,” with the album title a reference to Parsons’ interest in magic.

He said: “Magic has always been a passion of mine, I am a member of The Magic Castle in Los Angeles. I've also worked with the Japanese magic company Tenyo, writing instruction books and catalogs for their tricks.

“I dabble with magic myself in my free time, so an album with magical influences was a natural progression.”

The Secret will be the first Alan Parsons album since 2004's A Valid Path.

The record is now available to pre-order. Find details below.

Alan Parsons: The Secret
1. The Sorcerer’s Apprentice
2. Miracle
3. As Lights Fall
4. One Note Symphony
5. Sometimes
6. Soirée Fantastique
7. Fly To Me
8. Requiem
9. Years Of Glory
10. The Limelight Fades Away
11. I Can’t Get There From Here

Alan Parsons: The Secret
Alan Parsons will release his new album The Secret in April. It'll be his first record since 2004's A Valid Path, and features the lead single Miracle, which features vocals from Jason Mraz.View Deal