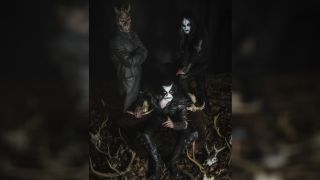 Abbath – the band formed from the ashes of Immortal – are to make their live debut at Tuska festival in Helsinki this weekend.

Fronted by former Immortal mainman Abbath, he’ll be joined by King on bass and Creature on drums to headline the Inferno stage this coming Saturday (27th June).

And if you’re lucky enough to be at Tuska, you’ll bear witness to brand new song Fenrir Hunts plus all the classic Immortal material to throw the claws and horns to.

Earlier this year, Abbath released a statement regarding the future of Immortal. The band are due to enter the studio this summer to record their debut album for a 2016 release.

Abbath are coming to the UK to headline The Forum in London on 18th September, supported by Primordial and Conan. Get your tickets here.