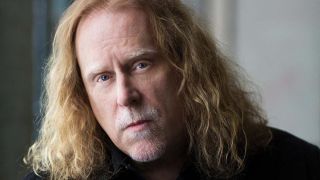 Gov’t Mule’s Warren Haynes has recorded a unique version of U2’s One for the TeamRock cameras.

Over the last few months Gov’t Mule have released a pair of albums featuring performances of other band’s songs: Stoned Side of the Mule Vol. 1 & 2 (the Rolling Stones) and Dark Side Of The Mule (Pink Floyd). Now band leader Haynes has recorded a haunting version of the U2 track, a song he’s been playing at live shows for a number of years, and appears on his 2004 Live At Bonnaroo album.