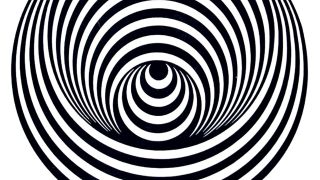 Vertigo Records, Philips’ alternative imprint, remains one of the most dearly loved and collectible of all the labels that built prog. As with many similar labels of the period, it was the vision of a record company man attuned to the changing times. Olav Wyper launched Vertigo soon after he joined the Dutch-owned Philips as a UK label manager, having previously worked at EMI and CBS.

Vertigo’s earliest releases were remarkably diverse and often groundbreaking. Even by the standards of the day, its range of acts was bewildering: from the jazz-rock of Colosseum to Black Sabbath’s proto-metal; the folk minstrelsy of Rod Stewart to central heating engineer turned psychedelic mystic Ramases. Like the best labels, Vertigo offered an alternative but very inhabitable world.

The label’s high production values meant every album came in a gatefold sleeve as standard. Vertigo utilised the work of up-and-coming designers such as Marcus Keef and Roger Dean. Most famously, it had its unique Marcel Duchamp-influenced ‘swirl’ logo. Created by in-house art team Linda Glover and Mike Stanford, from an idea by Olav Wyper, it evoked a feeling of blissed-out dizziness when spun and was on the label of every Vertigo release.

“What I wanted from Vertigo was to create a progressive music label,” said Olav Wyper in 2009. “I already had the name in my mind – as a former advertising copywriter and journalist, I was always good at coming up with that sort of thing – so now we just needed the bands to go with it.”

As a label, Philips was seen as being past its sell-by date, with Dusty Springfield and The Walker Brothers’ first hits sounding like they were from another era. Philips’ other imprint, Fontana Records, was pushing the envelope with groups such as The Pretty Things and The Herd, but these were also set against acts such as trad jazzer Kenny Ball.

Olav Wyper had a good reputation in the music industry. In his time at CBS, he pulled off the considerable coup of bringing together its disparate, low-selling US acts, and promoting them on the fondly remembered The Rock Machine Turns You On compilation series. Wyper was headhunted by Philips and given a free hand in the direction of the label. One of his first jobs in 1969 was to revive David Bowie’s faltering Space Oddity single and give the Bard of Beckenham his first hit, chiming perfectly with the Apollo landings.

Wyper set about establishing Vertigo. “Our attitude was, obviously, that anything we signed had to be good,” Wyper told Prog writer Malcolm Dome, “but it should also fit into the progressive style, whether it was folk, jazz or rock. We did pick up a surprising range of acts, but they were all characterised by being ‘progressive’ in nature.”

Wyper knew other labels had done something similar (he was especially inspired by EMI’s Harvest imprint), but with his youthful confidence, he knew Vertigo could be special. “If you look at where Harvest were in 1969, they really had lost their way artistically,” he said. “So yes, they were the first to do this sort of thing – create a special label for young progressive acts who reflected the times – but they’d gone past their best by the time we arrived.”

Wyper worked closely with Philips’ managing director Leslie Gould and manager/producer Gerry Bron. Bron managed three acts – Colosseum, Uriah Heep and Juicy Lucy – that were signed to Philips/Fontana and would form the bedrock of Vertigo. “Colosseum mystified [Philips],” said Bron later. “They couldn’t understand how anyone could go out there and play blues and progressive music and actually sell records.” Wyper understood Colosseum and arranged for their second album, 1969’s Valentyne Suite to be the first release on Vertigo.

On November 6, 1969, an advert appeared in the underground newspaper International Times showing a large picture of the Vertigo swirl: “Watch This Label… For The Sounds To Listen For… Cut It Out, Put It On Your Player, And Switch On!”. With its first three release – Valentyne Suite, Juicy Lucy’s eponymous debut and Manfred Mann’s Chapter Three – Vertigo was underway.

Vertigo had a very successful initial period, with its commercially popular acts (Black Sabbath, Colosseum, Juicy Lucy) helping to support the curious backwaters of its catalogue (Gentle Giant, Dr Z, Mickey Jupp’s Legend). Wyper was an enthusiastic manager who led from the front, believed in his acts and would frequently go to see them play live – something of a novelty in those days where record company executives were still regarded as anonymous men in suits.

“Of the first 17 records on Vertigo, seven charted in the UK and were significant sellers,” said Wyper. “The Sabbath records were huge sellers, even outside the UK. But our yardstick was 1,500 copies. We made a profit at that point. Right from the outset, we did much, as a team, to give Philips a new credibility for rock and progressive music.”

Gentle Giant’s violinist/guitarist Ray Shulman had previously been in Simon Dupree And The Big Sound and had experienced life on a major label in the 60s. “It was a different era and times, so there was no real comparison to the days at Parlophone,” he says today. “Our manager at the time, Gerry Bron, had a relationship with the newly formed Vertigo, so it seemed a good home for us.”

Although Shulman only met Wyper a few times, “he seemed to have a really good vibe, very enthusiastic”, and it was this enthusiasm that informed every aspect of his early work with the label.

As Wyper had made his name with The Rock Machine Turns You On series, Vertigo released its own samplers (The Vertigo Annual 1970 being the first of several). But it never had the unified feel of, say, Island Records’ famous sampler, You Can All Join In, which had the label’s roster photographed together in Hyde Park on its cover.

For Ray Shulman, Vertigo was never a family. “Living in Portsmouth at the time made us quite insular,” he says, “so I can’t say it felt like a family, although we were friendly with the other Bron acts who happened to be on Vertigo – Uriah Heep and Jon Hiseman’s Colosseum.”

However, Wyper built a label that supported its artists, and was painstaking in its detail on each individual release. “I was determined the packaging would be fresh and innovative, that every record would be seen as totally artistic,” he told Prog. “So, we put out our records in gatefold sleeves. Back then, this rarely happened, and only for big names. The idea of having new acts treated in this way was unheard of.”

Wyper left Vertigo in 1971, after being lured away by RCA, where he attempted to make lightning strike twice with his Neon Records imprint. After releasing 11 albums (including works by the long-forgotten Dando Shaft and Tonton Macoute), Neon ran out of gas. Several of Vertigo’s top-line groups jumped ship. Inspired by Wyper’s success at Vertigo, Gerry Bron established his own label, Bronze, to which he signed Colosseum, Uriah Heep and Juicy Lucy. In 1973, Black Sabbath and Gentle Giant both left to join World Wide Artists, the short-lived label founded by their then-managers Pat Meehan Snr. & Jnr.

After Wyper left, the label’s remit broadened. They signed groups who seemed very un-Vertigo, including Status Quo, who came over from Pye, and Thin Lizzy, who signed from Decca. The label’s design changed too, with the swirl being used as a tiny logo, while the label itself featured two spaceships designed by Roger Dean. However, Vertigo never quite lost its taste for the unusual. Kraftwerk’s first four albums, including 1974’s breakthrough Autobahn, were released on the label.

Later still, Vertigo dabbled with New Wave, signing Graham Parker And The Rumour and Dire Straits. In the 80s, the label offered a home to Kiss, Def Leppard, Soft Cell and, outside of the US, Metallica.

Still releasing albums by long-serving label stalwarts Metallica and Mark Knopfler, Vertigo is now part of Universal Music’s roster. Clive Cawley was the label’s managing director for several years. He was present when the label relaunched with Brit indie four-piece Razorlight in the mid-00s, and Vertigo’s promo T-shirts, complete with the original swirl, became an in-demand item. When Black Sabbath released 2013’s reunion album, 13, it was, of course, on Vertigo.

WHY SHOULD WE CARE:

Vertigo seemed to be farther out in its musical tastes than either Harvest or Deram. It then settled down to major-label respectability and offered perennial hitmakers to keep the name afloat. Vertigo also attained a cachet – and a collectability – that many of its contemporaries struggle to maintain. The wonderful www.vertigoswirl.com proclaims: “There is little doubt… the Vertigo swirl label is one of rock’s most collectible labels. Vertigo may be considered as the Blue Note of rock.”

One of many similar sites devoted to the original swirl releases, it reminds us of the care Olav Wyper and his team took over every aspect of their artists’ artwork. The site shows in detail the multi-panelled foldout sleeves, and offers a rarity rating.

Beyond its collectability, the eclecticism Vertigo espoused offers a glimpse of a world where anything seemed to go. That same spirit can be found today in imprints such as Fiction, home to several commercial juggernauts and lesser-selling, but more interesting, label-mates.

The stats behind the label: