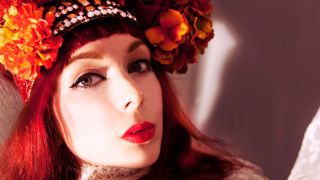 The Anchoress will support Scottish rockers Simple Minds on their UK leg of their acoustic tour next May.

The female artist, Catherine Anne Daies, who won the Limelight Award at this year’s Progressive Music Awards is also a member of the band’s touring set up, adding keyboards and guitar. She will be performing a shorter version of her stripped-down album show for this year’s Confessions Of A Romance Novelist, on the dates.

Bridlington The Spa - May 25