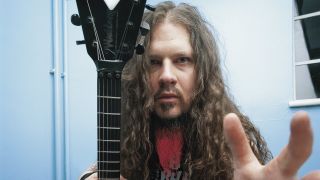 On this day in 2004 the genuine guitar legend and heavy metal icon Dimebag Darrell was murdered on stage. Today at Metal Hammer we’re paying homage to the legend, and here are just a few things you need to know about him…