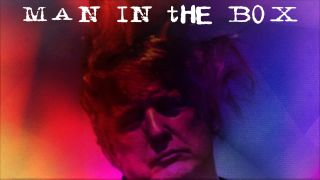 The Donald Trump presidency has given the world many things - many, many bigly things – but among the greatest of all is the seemingly endless stream of cut’n’splice videos involving the POTUS ‘singing’ classic metal and rock songs such as System Of A Down’s Chop Suey and Iron Maiden’s Run To The Hills.

Lars von Retriever, the prankster behind the whole thing, has served up his latest  genius-level mash-up, this one involving The Donald intoning Alice In Chains’ classic 1990 single Man In The Box.

It’s brilliant, naturally – though the line “buried in my shit” my be a little to close to home in the run-up to the Presidential election later this year.

Check it out for yourself below. And Mr von Retriever, once again we salute you!